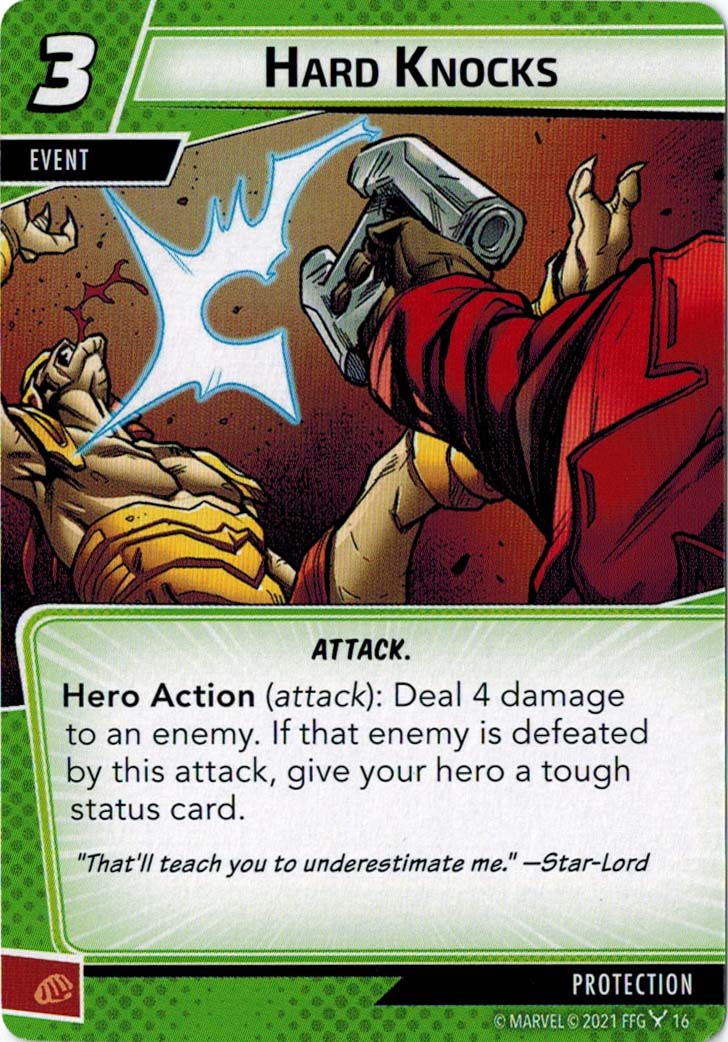 Comparing this card to aggression attack events, it deals one less damage than Uppercut, or two less than Melee and Into the Fray. Giving yourself a Tough status card is surely worth more than 2 damage so arguably this card is on a par with Into the Fray.

Protection already had two good attack events in Momentum Shift and Tackle. For heroes with a good ATK value (Hulk, She-Hulk, Thor, Spider-Woman, as well as Drax), Leading Blow is a better version of Skilled Strike because you can split the damage across two targets. I think we have the tools for a new kind of deck that looks green but feels red: Christmas has come early!

adsarf · 179
It's comparable to a 2 ATK, 3 health ally that attacks twice and blocks, though getting all the damage at once is better. I probably prefer Tackle, but this is another good tool! — Stretch22 · 168 7/12/21
Worth mentioning that tough has added benefits that blocking with an ally does not. For example, if you are playing drax you only draw if you're the final target of the attack - so defending with an ally does not trigger his ability but surviving because of tough does. — L3w15 7 · 6330 7/17/21