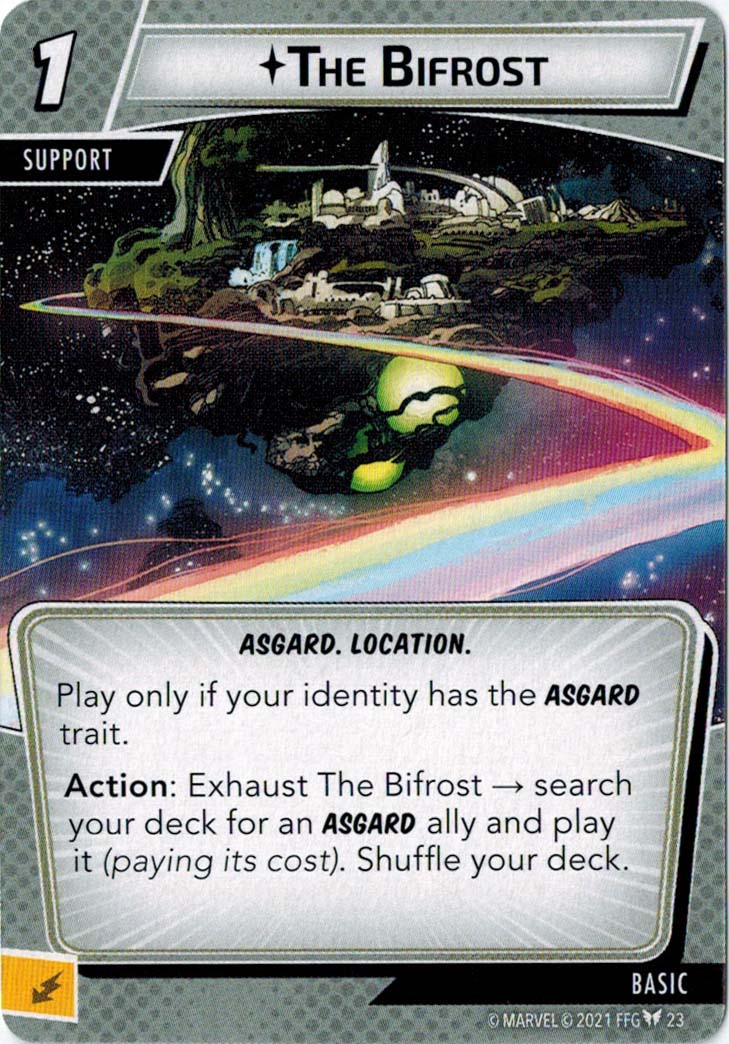 The Bifrost is fantastic. "Search for and play" a card is pretty much a better version of "draw a card," and Avengers Mansion costs 3 more than this does! The drawbacks are that the number of Asgard allies is pretty small (and mostly focused in Aggression) as is the number of Asgard heroes, so there aren't many decks that can run this. Occasionally you'll have turns where you've already drawn the ally you wanted to play, which is awkward. But it's easily possible to grab 2-3 allies out of your deck per deck cycle, which already pays for The Bifrost, and any more you get than that is value.

Being able to grab Angela or Throg on exactly the right turn is great, and there will be plenty of times when you can use an otherwise muddy hand to play a Thor, Valkyrie, or even Heimdall.