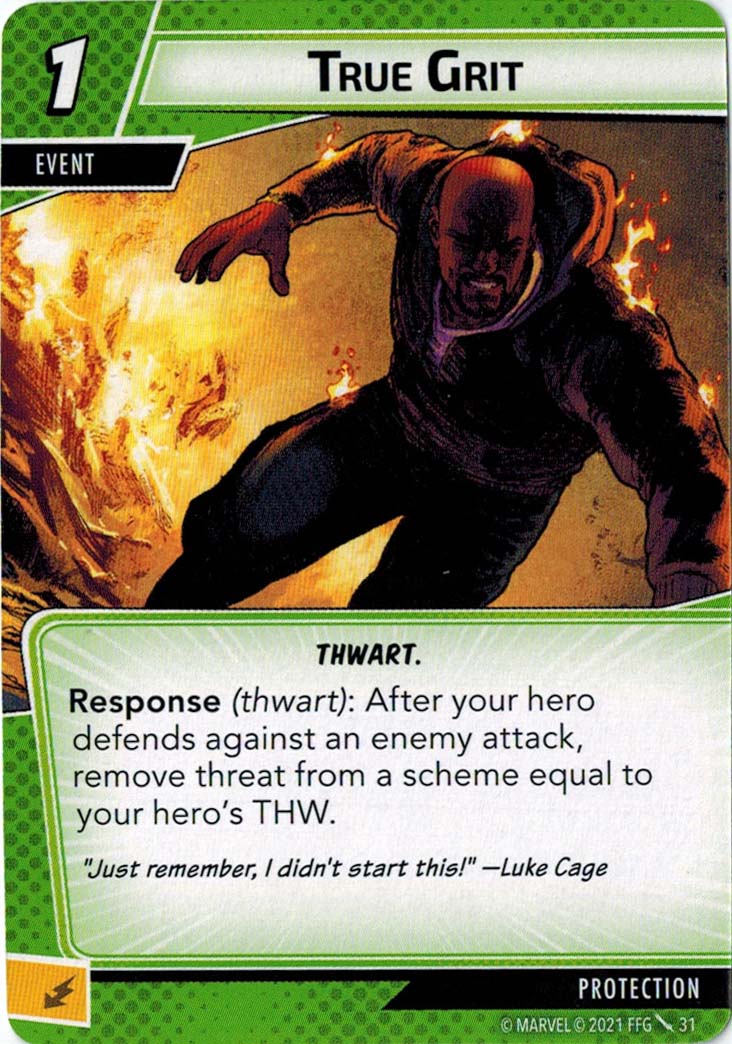 True Grit has two problems as I see it. First, many of the heroes that most want to defend attacks (the ones with high DEF) have poor THW stats - for 1+card, one threat removed is very inefficient, two is not fantastic, and three is just starting to be reasonable. The second problem is that the timing is awkward. Usually you'll only want to be defending against villain attacks, which means you're typically only going to be able to use this to thwart main schemes, or side schemes that have already been sitting in play for a round or more. So it mostly isn't a solution to Protection's problem of not having good answers to side schemes.

Probably at its best in decks that can get their hero's THW stat up to 3 or higher (e.g. Rocket Raccoon, Wasp, Spider-Woman). Just remember that if your hero isn't basic defending, you need to have a lot of Defense events available so you can have one of those and True Grit in hand at the same time.

Fry · 104
If a hazard scheme comes out you, you can safely leave it on the board with a small amount of threat and plan to defeat it with True Grit during the villain attack before cards are dealt. If it's a crisis scheme, then you'll probably have plenty of threat on the main to worry about. It's really only amplify schemes and some other weird ones where True Grit's timing because a notable problem. — OrionJA · 7 8/27/22