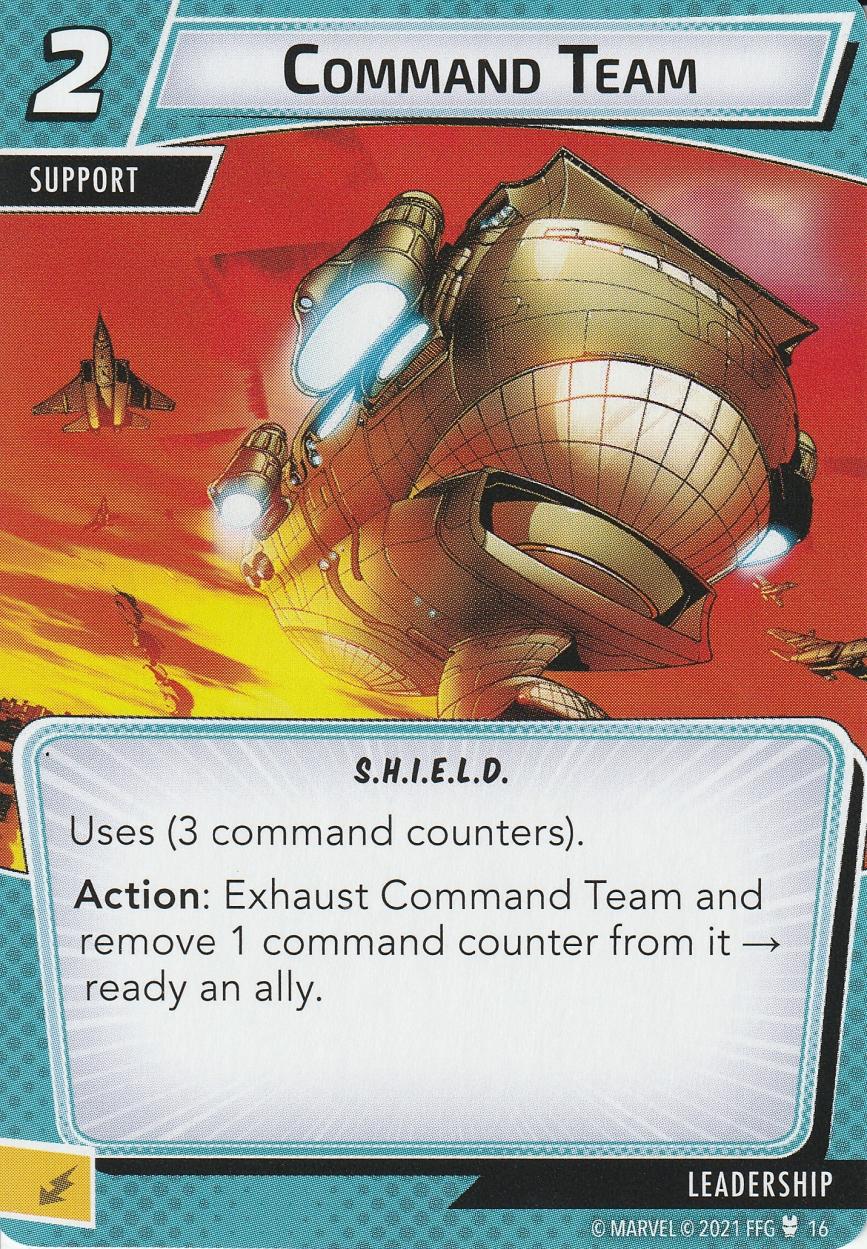 Get Ready exists, and is 0 cost, so why command Team?

The inherent value here comes from the mechanical structure of Champions: using your entire hand every turn means that Get Ready only has value if you have an Ally on the table that you want to accelerate their tempo with on that turn.

I want to emphasize that accelerating your tempo truly has value, especially with high-cost, high-life Allies. Extra uses of Allies potentially shortens the game by a turn or two, either through direct damage or through stabilizing the game state.

A Command Team offers readying at your convenience, when and where you want it. You can have several out at one time, grinding out the value from a powerful Ally in a single turn. Note that it says "an Ally", similar to Get Ready, so it can be used on your fellow Hero's Allies as well as your own.

That said, there are some careful considerations to take into account here. You should be including Allies whose tempo can be accelerated: that takes out almost all of the popular 2 cost Allies, and includes most expensive Allies that you can't play many of because of the cost. Some low-impact Allies with low stats (1 ATK 1 THW) with 4 or 5 life can become good targets for readying with an attachment or two.

This also works well for Voltron Allies that become a juggernaut in their own right, like Black Cat, Yondu, or Iron Man.

My rating is a B : Effective in a range of builds

For Sneak Attack builds? This is an S - always include at least one copy of this card.