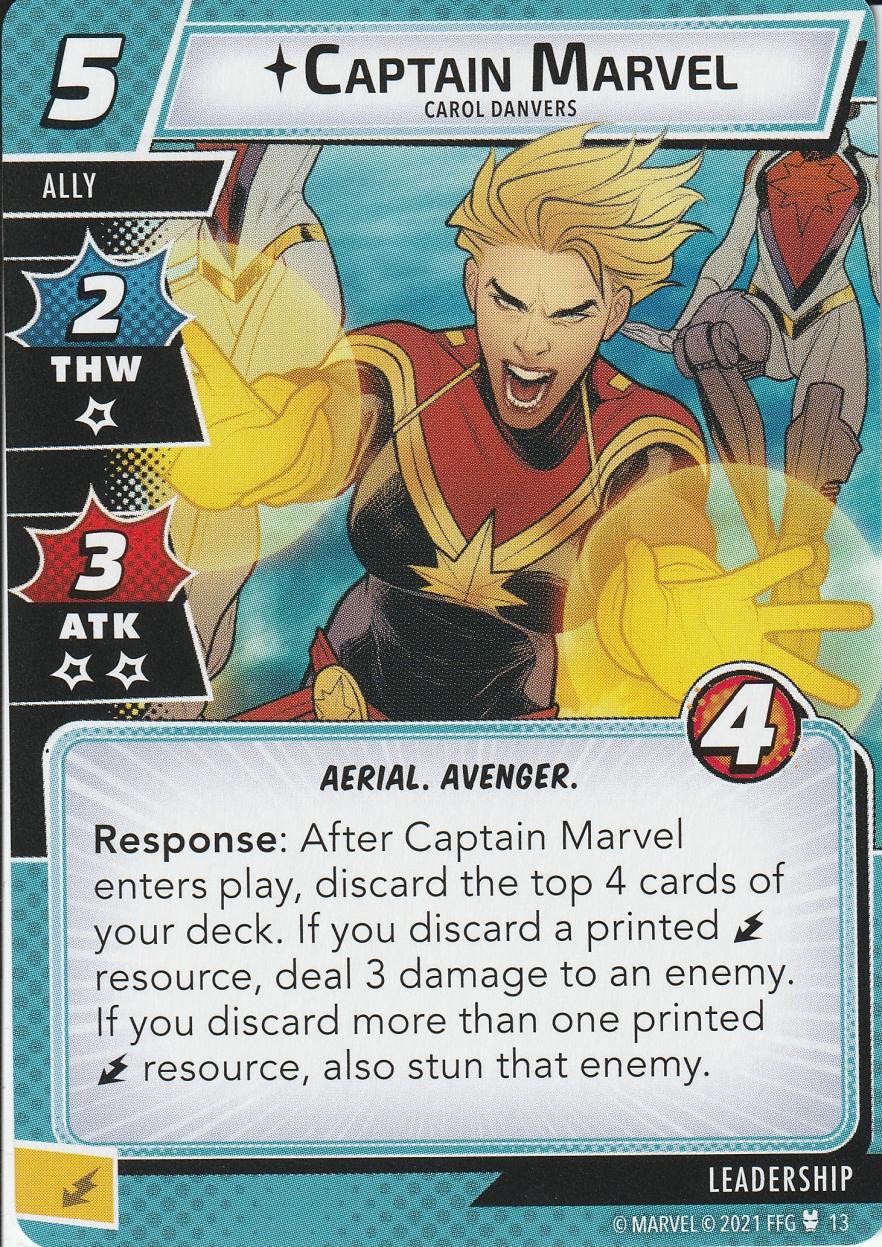 The cost of this card should be 5 rather than 3.

At first glance I would say that Captain Marvel has something wrong with the design. She either costs too much (by 1) or should only have one consequential damage on her ATK. Her being worthwhile hinges on getting both effects from her Response ability, which to me is bad design: don't establish card cost based on the maximum value that a card brings when that effectiveness is based on randomness or requiring a specific build.

To put it into perspective: the Captain America ally costs 6, but asume you are an Avenger yourself, lowering his cost to 5. If he activates every turn, he can deal 10 damage or 10 thwart. His Toughness offers terrific flexibility, allowing him to block for you instead.

Carol offers either 6 damage (with a possible kicker of 3 damage) or 8 thwart, plus a stun if you hit the second resource. Leadership doesn't usually want to discard, as you might be discarding Unique allies or key attachments. Focusing on energy-resource type cards limits what you can build wth as well.

She's obviously designed for inclusion with the Sneak Attack Leadership archetype (as she was included with War Machine's deck that just so happens to include the relevant events), but I'm having a hard time justifying her in normal builds. Including ANY 5-cost card is questionable, as you generally can't play them in Hero form without support, and even then it's usually your entire turn.

My rating is a C : potentially effective in niche builds.